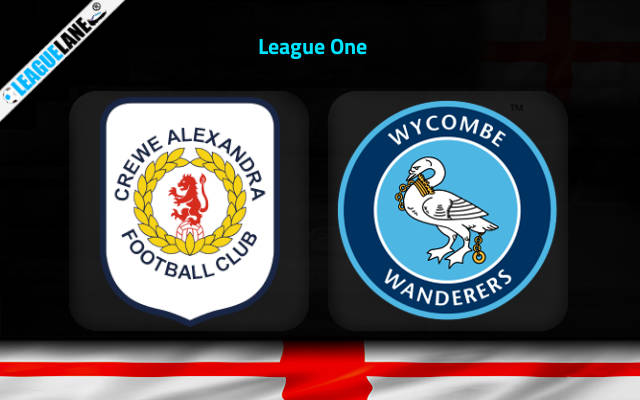 In game week 27 of League One, Crewe Alexandra faces Wycombe for their next match on Saturday at Crewe.

Crewe secured a narrow win in their last match against Cheltenham. The 83’minute goal gave the team the much-needed lead, ensuring the win in the match. The match ended with 1-2 FT score.

Wycombe Warriors played their last match against Cambridge United. Wycombe secured the win in the match after they scored three goals while the opposition remained goalless. The match ended with 3-0 FT score.

Wycombe has played moderately well in their matches. However, the team seems to be inconsistent with their form. Their form drops suddenly in the matches, leading to a cold streak for a couple of matches. The team currently stays seventh on the league table with 58 points from their matches.

Crewe’s performance in this season has not been satisfactory for their fans. The team has lost in greater number of matches than both their wins and draws combined. Even their win in the last match was the first team the team has had since mid-January. The host has won in only six of their league matches and four of them were in their home ground. However, the team has not won in the last four matches and has failed to score in three of them as well.

Looking at the records, Wycombe is the better team of the two and has more chance of winning than Crewe. Crewe has had difficulty in keeping the lead even till the half time, making it likely for Wycombe to be in the lead in half time and full time