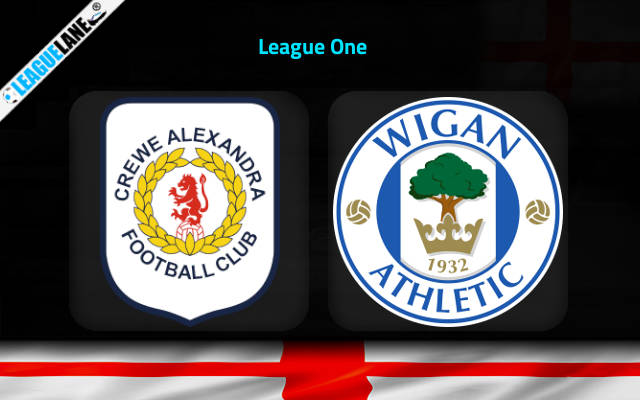 Postponed match in game week 24 of League One between Crewe Alexandra and Wigan will take place on Tuesday at Crewe.

Crewe Alexandra has added another loss to their name after their last match against Portsmouth. Portsmouth scored three goals in the match and Crewe could score only one and that too at the last-minute. The match ended with 1-3 FT score.

Wigan Athletic played their last match in EFL Trophy against Sutton United. The match had moved on to penalties after they both could score only one goal each. Sutton secured the win in the penalties.

Crewe has played poorly in their recent matches. With their loss in the last match, the team has a two-game loss streak. From the last ten matches, Crewe has secured wins in only one and the remaining matches have ended in loss. The dead last team has only got 25 points to their matches so far.

Wigan has played well in their matches throughout the season, losing in only a few of their matches. They are one of the strongest team in League One this season. Currently, the team is on a two-game win streak and will look to get the numbers going up. Their strong performance has placed the team second on the league table with 72 points from their matches.

With Crewe’s current performance, the team will have a hard time when they face against Wigan in their next match. Wigan has five wins in the last ten while Crewe has achieved only one.

Looking at the record, Wigan is more likely to win the match than Crewe. Both teams have scored in their recent matches and can be expected to score in this match as well.