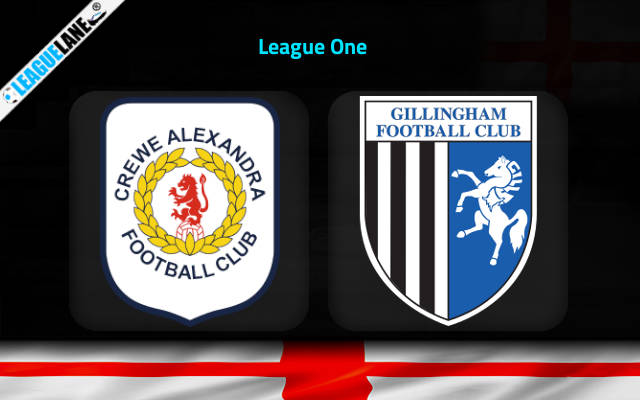 With a single win so far, and most goals conceded, Crewe are the absolute worst team in the League One this season. And it’s no wonder that they are placed bottom-most in the table.

Meanwhile, Gillingham have been marginally better – especially with their recent string of draws, and they also have a rather good h2h record against this opponent. Likely, expect them to have the upper hand this weekend.

Crewe lost 2-0 on the road the last match-day, against Bolton. They had also lost six of the past eight overall games, and they have a total of just four wins at home since April. Note that two of these wins had come in the EFL Cup.

On the other hand, Gillingham recorded a 1-1 draw on the road against Sheffield Wednesday. They have been consistently posting points on the board lately (even if is through draws), and are trying to make up for their slow start to the season.

On top of that, they also have a great h2h record against this foe over the years. Considering these observations, expect a win for Gillingham this Saturday.

And since both teams are struggling with issues in defense, expect goals in plenty too.

Tips for Crewe Alexandra vs Gillingham