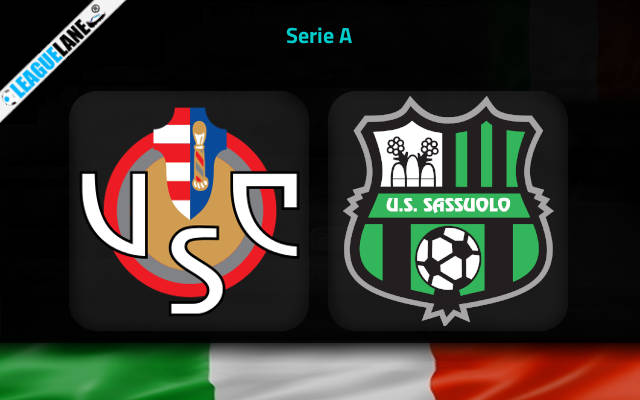 Sassuolo have not been great so far this new season but at the same time they have not been bad as well. However, Cremonese have been on a worrying streak since the start of the campaign.

They were promoted to the top fight only at the end of the last season and it was expected ever since that they will find it hard to deliver good performances in the Italian first division.

Keeping that expectation true they have had a 100-percentage losing record so far and they have been letting goals in huge numbers till now.

They are also placed 19th in a table of 20 and if they keep this charade up for some more time there is no doubt that they will be making a quick return back to the second division.

Meanwhile Sassuolo have had a 100 percentage unbeaten record so far disregarding a single defeat. And it needs to be mentioned that this only loss had come against none other than previous Italian champions Juventus.

Moreover, they had finished 11th in the league table the previous season and they had missed out on a European ticket by just 12 points.

As these two teams take on each other this Sunday, there is no doubt that Sassuolo will be the favorites to post the three points on the board.

Cremonese are on a four-game losing streak and they had let in a total of nine goals in the process. Do also note that they have kept a total of just two clean sheets at this venue in the past 11 months – and that too after spending majority of this period in the second division.

On the other hand, Sassuolo were unbeaten in 10 of their past 13 overall fixtures and in the process, they had even gone on a three-game winning streak. Moreover, 2 of their total 3 defeats during this stretch had come against Juventus and AC Milan as well.

Considering these observations expect a victory for Sassuolo against the newly-promoted Cremonese this Sunday. Do also expect goals in huge numbers against the struggling defense of the latter.

Tips for Cremonese vs Sassuolo