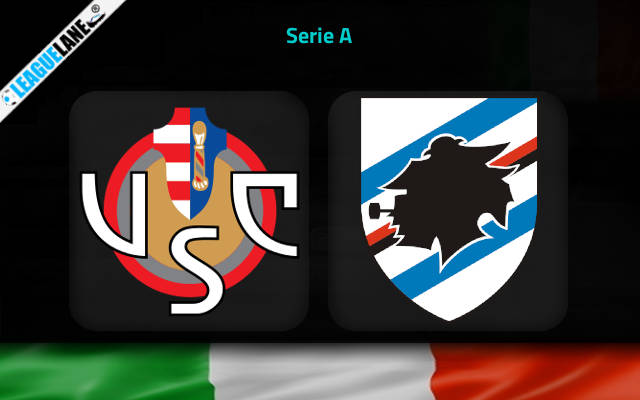 Despite the season being ten match-days old, Cremonese and Sampdoria are yet to register their first win. And it is really no wonder that these two are placed bottom-most in the table.

If this stretch is kept it goes without saying that the two squads will have to start packing their bags to the Serie B.

Cremonese have the worst defense of all the teams in the competition. They are placed 19th in a table of 20, and lost six of their total ten games so far – with the other four being draws.

However, when performance at home is considered they become the absolute worst in the whole of the Italian top flight. They have a 100% losing record in such games, barring a single match-up.

Meanwhile, Sampdoria are placed 20th in a table of 20, and they have lost the most number of fixtures in the Serie A so far. They also lost four of their past five matches in the league, and only two other teams let in more goals than them as well.

Moreover, they have a 100% losing record on the road, barring a single match-up.

Not only are these two teams the only ones remaining in tournament without a win, but each passing match-day they are falling further below the relegation cut-off.

The teams are under extreme pressure, and the time to act is now. And it goes without saying that the two teams will consider each other as rivals for the 17th spot in the table (the last safe position in Serie A).

Likely, expect a fierce encounter, and anticipate goals in plenty this Monday.

Not only did Cremonese remained winless all through the Italian top flight, but they let in two or more goals in almost all of these games as well.

On the other hand, Sampdoria have been unsuccessfully trying for a clean for a long time now, and their mess is even deeper in road games.

With two desperate teams and two weak defenses on either side, chances are high for goals to come in plenty this Monday.

Tips for Cremonese vs Sampdoria