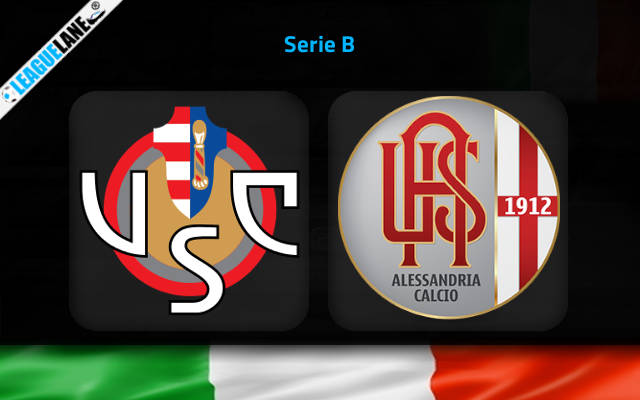 The table toppers, Cremonese is set to host the Serie B Play out Alessandria at Stadio Giovanni Zini, this Tuesday for the 33rd Round of Serie B.

Cremonese are at top flight in the league, first in line for Serie A promotion, with 60 points from 32 games. The side won 17 times in the league while drawing on 9. They have put together a good run of form and has now gone 3 games without defeat. The hosts have a good attacking front but some room for improvement in defense is needed.

The home side head into this game following a 1-1 league drawn game over Reggina. It’s possible we will see a couple of goals here, with the last 6 games for Cremonese ended with 2 goals or more being scored.

On the other hand, Alessandria resides at the 16th position on the table with only 26 points. Of the 32 matches played, they won only 6 games and lost on 18 other occasions. The visitors have been struggling to adapt to life at a higher level, with not seeing a win since the past 13 league schedules.

In the game prior to this, Alessandria drew 2-2 in the Serie B tie with SPAL. Things have not been going that well in front of goal for them recently, with the side failing to score in 4 of the last 5 games.

Alessandria has fired blanks in 12 games this season and that is 39% of games where they have not been able to find the back of the net. They come into this on the back of 2 away league losses and their last on-road win came back in last December.

Heading into this one, Cremonese are undefeated in their last 13 home league matches. They have also won the last 3 h2hs played at Stadio Giovanni Zini.

The out-of-form opponents will struggle to find a win against this home squad who are on a great run as of recent. Therefore a home win is quite likely to occur this Tuesday.