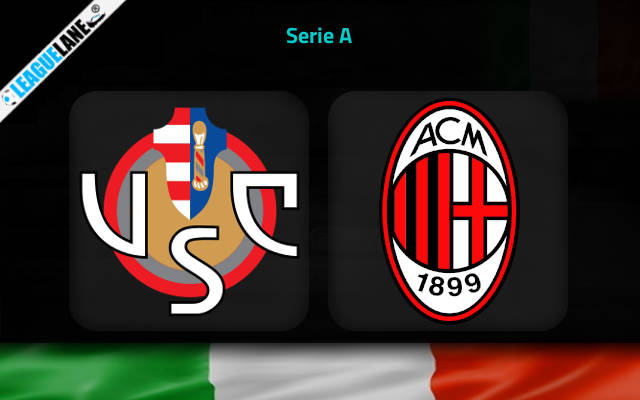 AC Milan bounced back from the surprising 2-1 defeat to Torino by bagging four goals past Salzburg in a comprehensive victory in the UEFA Champions League for a successful finish to the group stage campaign.

Olivier Giroud starred with two goals and assists apiece last Wednesday. The French forward looks fully fit once again and he feels like a decent anytime goalscorer option on Tuesday night when his AC Milan travel to Stadio Giovanni Zini.

The reigning Serie A champions will face the rock-bottomed Cremonese in Matchday No 14 there, aiming to keep ground on the likes of Napoli and Atalanta at the very top of the standings with a result here.

AC Milan are huge favorites on Tuesday evening and we would be very surprised to witness anything else but their victory against the only winless team in the league right now.

Cremonese took just four points in the inaugural twelve rounds of the 2022/23 season. The elite class of Italian football is proving to be too strong for them at the moment and it is fair to say that Massimiliano Alvini’s troops will need a miracle to avoid the drop come May.

Cremonese have failed to find the back of the net in successive home matches against the likes of Sampdoria and Udinese. They are now up against a much stronger defense and we are not quite optimistic regarding their chances of producing much in the final third on Tuesday.

AC Milan to win to nil is thus our preferred betting option and you can back it at the odds of 2.62. We will also back the in-form Olivier Giroud to score anytime at the 2.10 odds.