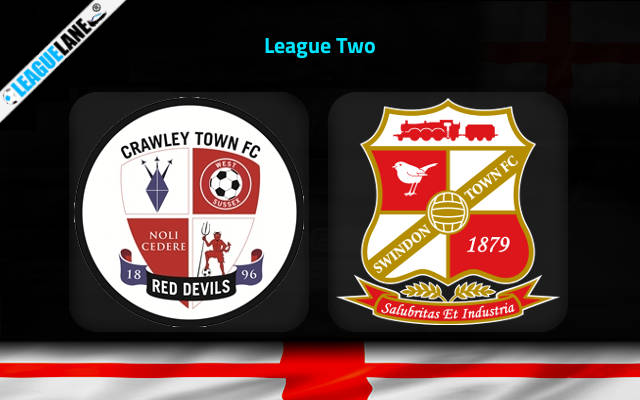 In game week 38 of League Two, Crawley Town faces Swindon Town for their next match on Saturday at Crawley.

Crawley’s recent matches have not produced the results the team had hoped for in their recent matches. Currently, the team has not had a win in the last five matches. Looking at the most recent match, Crawley Town played against Exeter City, in which Exeter took the lead in the match in the first half itself and maintained the lead until the end while Crawley could score only one.

Crawley is placed 15th on the league table and has got 45 points from their matches so far.

Swindon Town has played moderately well in their matches this season. With yet another win in the last match against Sutton United, Swindon has now won in the last two consecutive matches. In their last match, Swindon scored two goals while Sutton could score only one. Currently, the team is 6th on the league table with 61 points to their name.

Crawley Town will have a tough time when they face Swindon Town in their next match. The host is winless in the last five matches, while Swindon has won consecutively in the last two matches.

The match is more likely to end in a win for Swindon Town, as they are the better performers of the two. They currently have a win streak in their hands which they would hope to keep from ending. Both teams have scored in their recent matches and can be expected to contribute to the scoreboard in this match as well.