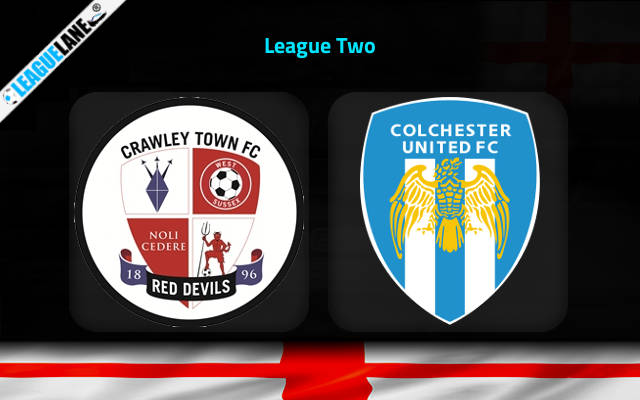 Colchester will make the trip to The People’s Pension Stadium as they take on Crawley on matchday 25 of League Two.

Crawley will enter this game on a high after their 1-2 win over Leyton Orient. They moved up to the 18th place after winning two of the last five league fixtures. Their recent form is good compared to their total form in the league so far.

Meanwhile, Colchester are not pulling up any trees these days. They are currently in a position to descend into the relegation zone at any time. Even if they occupy three places above the red spot, their total points aren’t enough to secure them from elimination if they continue their cold run.

The U’s have failed to come away with the win in their last six fixtures on road. The team led by Mullins thus have 22 points from 20 games and are currently three points adrift to the 18th placed hosts. They fell 3-0 away at Walsall to drop to the 20th place in League Two.

The Reds, on the other side, climbed to 18th position with their latest win. Yems men won three, drew three and lost four of 10 league fixtures on the home patch this term.

They have been the dominant force in the history of this match up. Therefore, The Reds would be looking ahead of a very much winnable contest against The United who have been one of the most out-of-form team in the entire league lately.