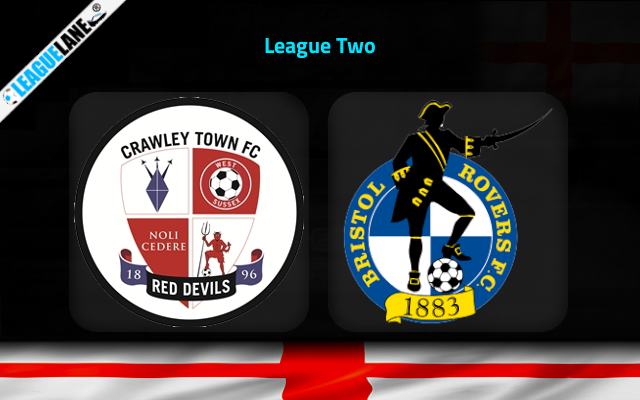 Neither Crawley nor Bristol Rovers are experiencing a consistent form lately this season. Both these England second division outfits will meet at The People’s Pension Stadium on Tuesday in a League Two fixture.

Crawley sits 13th on the table with an average form since the beginning of this season. They have collected 8 points from the past five league fixtures to add up to a total of 45 points on the table. They have an average defensive and offensive lineups.

However, they are having a better form in the past five league fixtures recording four unbeaten games. Most of them saw competitive display from Crawley. Therefore we can expect them to possess some strength when they enter into this fixture.

Meanwhile, Bristol Rovers sits 9th on the table with 51 points, four points away from the safe zone. They are possessing a kind of inconsistent form and their results of late shows their bettering process except a lose recorded in their previous league outing.

They lost against Newport in that league fixture conceding one unanswered goal. The above defeat came after six subsequent unbeaten games. However, they will be expecting to return back to their unbeaten streak.

Crawley have somehow managed to record three straight unbeaten fixtures in the past league affairs at home. On the other side, Bristol Rovers won two of the past three on road league affairs.

By the looks of things, either of these two outfits will go after the three points. Therefore, we expect a highly competitive affair between these two outfits. Considering that, we back the draw option for this one.