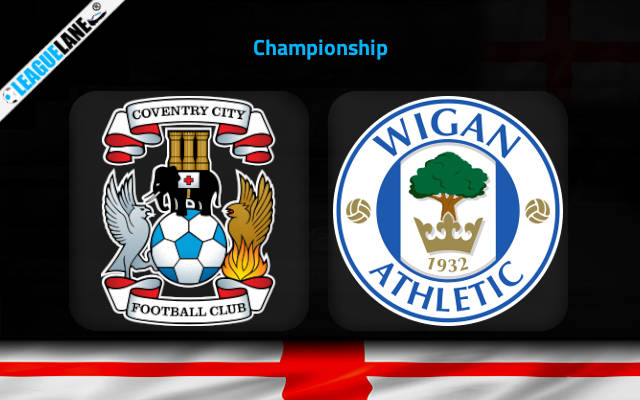 The last time Wigan won a league game was on the 12th of October. Now they are on a five-game losing streak, at the same time Coventry have turned heads with their decent run. Now both these teams will play against each other at Coventry Building Society Arena.

The host began this month in the best way possible as they defeated Blackburn by 1-0. Mark Robins’s side managed to find the target seven times in that game. Now they are unbeaten in four of their last five league outings.

Wigan’s disastrous run last month took them to the relegation zone. Most recently, they lost to Stoke City by 1-0. This is their ninth defeat of the season. To make things worse this is their third consecutive defeat away from home. It will be a difficult task for the visitors to get three points from Coventry.

The host have played well against the top teams in the Championship last month. They are not the same relegation team anymore. Manager Mark Robins has brought stability in his team. Looking at the bottom five teams in the table, the host have the best form.

The visitors have lost five consecutive games this season. No other team is experiencing such a downfall.

If the host manages to win this fixture it will make a huge difference in their table ranking.

You can back the following as our first tip is that Coventry will win this game – the odd for this tip will be at 2.00. The host won their most recent encounter against this team at Coventry Building Society Arena. Also, the visitors are having the worst form in the Championship.

Our next tip for this game is that Both teams to score – the odd for this tip will be at 1.87. In three of the last five overall head-to-head meetings both sides have scored a combined total of eleven goals.