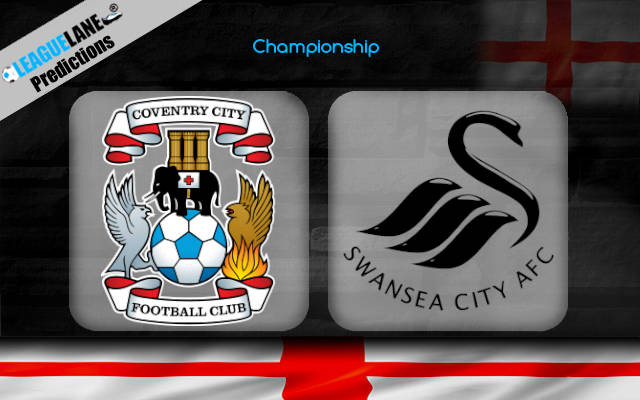 Having won only one of their five matches in the league until now, Coventry City is close to the bottom of the table than they are to the away side. They are on a two-game losing streak, following a 2-0 loss on the road against Brentford last time out in the schedule.

The 1-2 loss at home against Huddersfield in the last championship clash in the schedule will probably affect the morale of the visiting players for the upcoming match. However, Steve Cooper has enough time to pull back his team from the loss in the campaign.

Playing on the back of a losing streak will not be the form that Coventry was looking for, in the campaign this season prior to the upcoming match. The Sky Blues have won none of their h2h meetings with the Swans since 2008 in the championship.

There will not be much use of the ground advantage for Coventry, seeing that they had lost the most recent home match in the league this season. Besides, they are six points behind the visitors in the table after five league appearances in the schedule.

Swansea will come in hot except for their first defeat this season last time out. However, with a decent track record against the host in h2h clashes, Steve Cooper’s boys are cruising to a probable win in ninety minutes. To be safer, the double chance favoring Swansea will probably be the best bet for the punters.