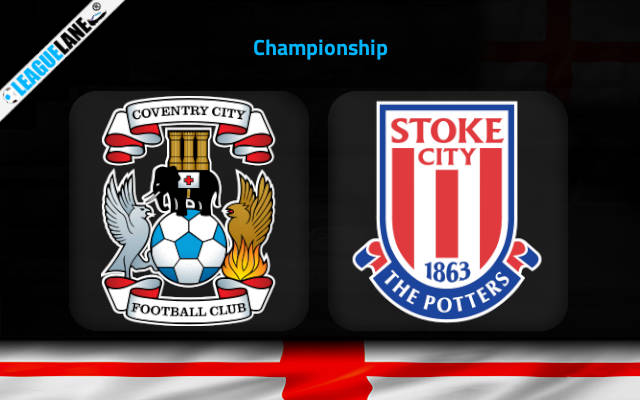 Stoke are currently going after a spot in the top-six of the table, in an attempt to get promoted at the end of the campaign. However, their efforts have not been entirely successful, as at this halfway point of the season, they have been able to sit in just the ninth spot.

They need a surplus of six points to climb level with the sixth-placed team. Not only are they under pressure, but they are also conceding goals quite in plenty at the moment.

Meanwhile, Coventry too have a similar story to share. They are placed just below at the tenth spot, trailing by a single point.

They too are conceding goals in quite in plenty, and as these two take on each other this Tuesday, the expectation is that goals will come in plenty.

Coventry lost 1-2 at home the last match-day, against QPR. They were winless in seven of their former nine fixtures, and they have won just twice at home since the first week of October.

All through the campaign so far, they have been taking part in goal-fests. They are scoring consistently, and at the same time, they are conceding regularly.

On the other hand, Stoke just played a five-goal thriller. They lost 2-3 at home the past game week, against Fulham.

Moreover, three of their former five matches had three or more goals, and they had failed to score just once in the last ten away fixtures.

Taking into account these observations, expect a high-scoring affair this Tuesday between these two squads.

Tips for Coventry vs Stoke