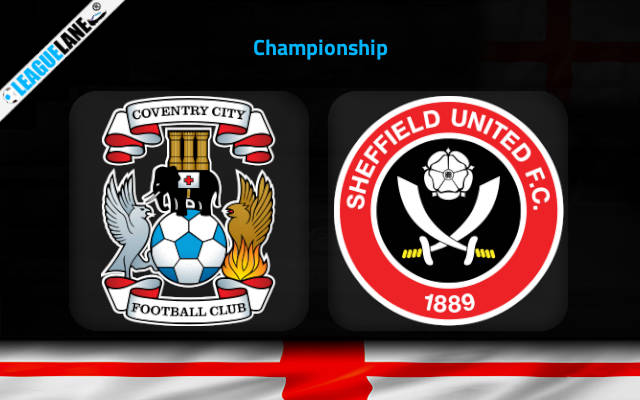 Sheffield United’s title challenge is at risk as they are seeing a dip in form lately. Now they have a good opportunity to end their winless drought. This week they will travel to Coventry Building Society Arena to play against Coventry.

The host are slowly progressing this season. In their last league outing, they defeated Cardiff City by 1-0. It was Viktor Gyökeres’s goal which helped the team win three points. Do note that this is their second victory of the season.

Despite being at the bottom of the table, the recent form is looking bright for the host as they have only lost once in their last five outings.

The story is completely different for the visitors. It is shocking to find out that the last time they won a Championship fixture was on the 17th of September. No other team is facing such a winless drought at this phase of the league.

Most recently they played against Blackpool in a 3-3 draw. Goalkeeper Wes Foderingham received a red card in that game, this only added further frustration for Paul Heckingbottom as he will miss this upcoming fixture.

The lack of winning performance has halted the team’s progress. They players are now growing impatient, this is one of the reasons why six players got booked in their last match.

The first prediction is that Coventry will score Over 2.5 goals – the odd for this tip will be at 6.50. This is after considering that in the most recent head-to-head match the host scored four goals against this side. Also, since 2013 both teams have played five times and in three occasions the host scored at least three goals.

Our next tip for this game is that Sheffield United will be the first team to score- the odd for this tip will be at 1.83. Against Blackpool, the visitors scored the first goal in less than ten minutes of the game.