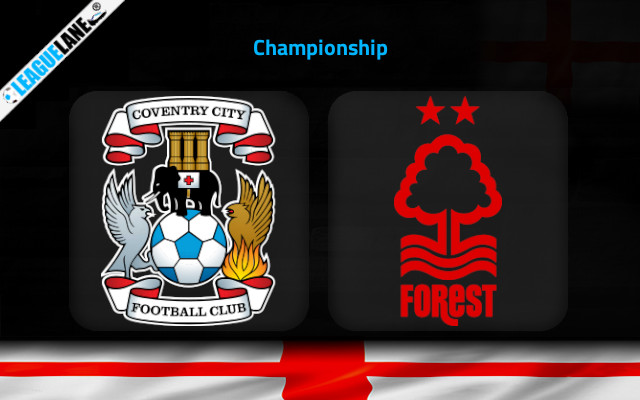 Coventry were on a great run towards the end of the last campaign, and especially so at home. However, Nottingham were on a poor streak, particularly on the road. Likely, expect a win for the former this Sunday at their home.

They had finished 16th in the table, and had remained unbeaten in 27 of their match-ups. Note that they had also scored a total of 49 goals through the campaign.

They will be particularly proud of their performances at home, and that will be their major confidence going into this fixture. In fact, they have seldom lost at this stadium, and have consistently found the back of the net at this ground.

This time around, the team will be surely targeting a finish somewhere around 8th to 12th in the table, and they would love to start their campaign on a winning note.

In the meantime, Nottingham had finished 17th in the table, and they had managed to score a total of just 37 goals in total. Especially their displays on the road were concerning, and going into this match-up, that will be their major drawback.

Likely, expect Coventry to have the upper hand this weekend.

However, note that Forest have the better h2h record over the years, and have consistently found the back of the net in the process.

For the reason, expect goals from either side of the pitch this Sunday.

Coventry were unbeaten in five of their final six games the past season, and four of those were wins. In fact, they had registered a massive 6-1 win in their latest match-up.

On the other hand, their counterparts were winless in their last six fixtures in 2020-21, and they had failed to score in three of those. Do also note that they have a single win on the road in the past six-month period.

Likely, expect a win for Coventry this Sunday.

However, judging the h2h superiority of Nottingham, and their desperation to put an end to their dismal run, expect the guests to find the back of the net at least once.