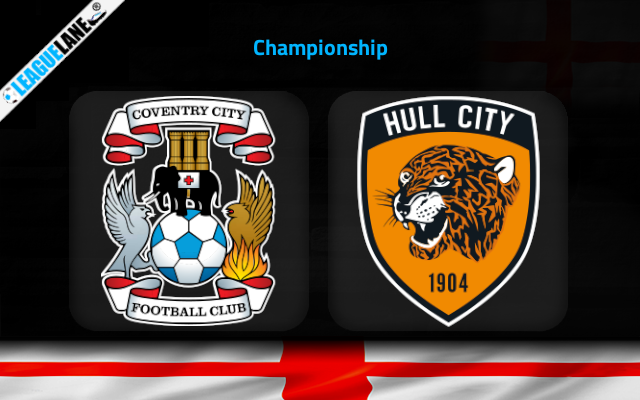 Coventry have managed to enter the top half of the league table. They sits 10th on the table with a total 54 points. They will be eyeing for a top six spot which is currently three point away from them. They owns a decent attacking and defensive lineup.

Coventry recorded a win in their most recent league fixture against Sheffield United. They have scored 4 goals in that match while leaking one from the opposition. The above victory came after three winless recordings. They will be hoping to make that win count.

Meanwhile, Hull City are not pulling up any trees this season. They sits at 20th position, two spots above the danger zone with a total of 38 points. They have a disappointing attacking and defensive lineup.

Hull City drew to Birmingham in their most recent league fixture. It was a disappointing goalless draw. With that draw, they are now on the back of two cold streak games. When analyzing their recent stats, they have only won twice in the past 10 league fixtures.

By the looks of things, we can see Coventry possessing a better form in the league. As such, expect a positive display from them at Coventry Building Society Arena on Wednesday.

Coventry are unbeaten in 6 of the past 8 home affairs across all competitions. On the other side, Hull City have only won thrice in the past 10 league fixtures.

Coventry have also succeeded in scoring goals at a good rate when compared with the offensive stats of Hull City. Therefore, we are expecting goals from this Coventry outfit to seal a comfortable clean sheet win over Hull City on Wednesday.