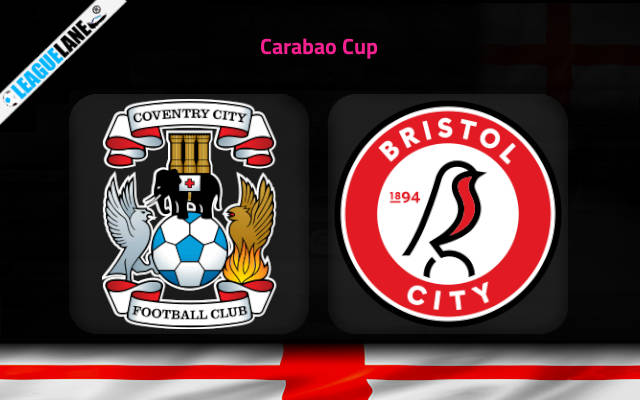 Coventry had an average form throughout the past Championship season. Their average form affected their positioning on the table as they failed to enter the safe zone spot for the difference of 11 points at the end of the season.

Meanwhile, Bristol City were also having a disappointing form the past Championship season. They were at 17th spot the end of the past season. Anyways, they had not possessed anything satisfying. Their displeasing defensive line-up added more to the slump too.

Bristol City will face the hosting Coventry side in a Carabao Cup fixture on Wednesday at Coventry Building Society Arena.

We can see Coventry facing some decent clubs like Portsmouth, Nottingham Forest etc in their recent friendly outings. They have succeeded in sealing positive outcomes in most of those. Their offensive and defensive line-up delivered impressive performance throughout the pre season match-ups.

Its been a while since Coventry played host. Their last home fixture was recorded in the past Championship season. Prior to their current form, we can expect Coventry to enter this venue with positive spirits.

On the other side, Bristol City have recorded consistent unbeaten outcomes in their recent friendly outings. They had played outfits from different leagues across England and still remains unbeaten in all of those.

Anyways, their on the road form is not that strong. They have lost five of the past 8 competitive away matches. Also, we can see their defensive line-up leaking two or more goals in all those five losing fixtures.

In that case, we are left to back Coventry to seal a win against Bristol City when the referee blows the final for this one.