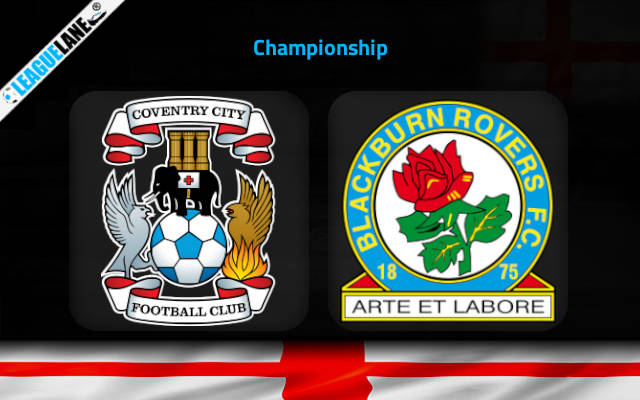 Blackburn will be the visitors at Coventry Building Society Arena on Tuesday for the Championship clash with hosts Coventry.

Coventry has been displaying an impressive performance in the past few games. They were undergoing a positive consistent transformation before dropping points to Blackpool in the previous fixture.

However, they will still have positive hopes ahead of this fixture as they have a set of positive outcomes in the past five outings to rely on.

The team won three, drew one and lost one of the previous 5 league outings. Do also note that the team had sealed a clean sheet in all those three successive victories. Their firepower looks to have enough of potential too.

Meanwhile, Blackburn clinched their tenth win of the season last Saturday on the road against Hull City. It was their third consecutive victory of late too.

The reason why Blackburn remain at the second spot of the table despite of losing seven games is because of their success in the next few games.

By the looks of things, expect a highly competitive affair between these two on Tuesday evening.

Looking at the recent home recordings of Coventry, it is clear that they are having an inconsistent form. Their defense breached in the previous two fixtures, allowing the opponents to seal a win or a draw at least.

Blackburn’s side is much better as they owns a decent away form in the league lately. They are on a two-fixture winning streak on the road. In such a state, we don’t see any chances of them dropping points on Tuesday.

Therefore, we like to back the Draw No Bet option in favor of the visiting side as the main bet for this one.