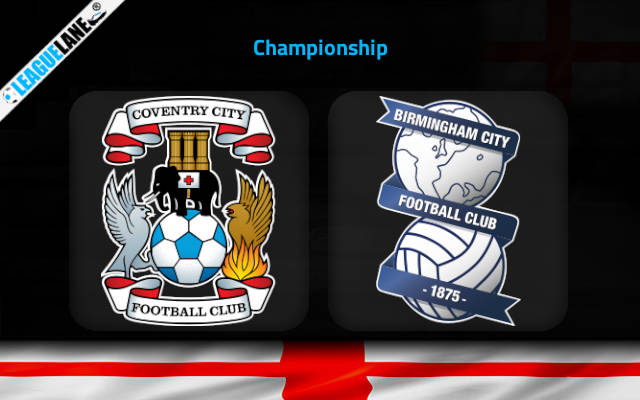 Coventry are comfortably placed in a playoff spot, and each passing match-day they are trying to increase their stronghold over a top-six place.

And this Tuesday is a great opportunity for the fifth-placed team, as the sixth-placed QPR and the seventh-placed Huddersfield are taking on each other.

Meanwhile, Birmingham have been one of the weakest teams in the league right from the start of the season. They did go on a short-lived winning streak last month, but they had an easy schedule.

Against Coventry from the top-tier, they are expected to be the underdogs this Tuesday.

Coventry recorded a 0-0 draw the last match-day on the road, against Sheffield United. They were also unbeaten in ten of their past thirteen games, and importantly, they had won ten of their preceding fourteen appearances at home.

On the other hand, Birmingham lost 2-0 on the road against Hull. They are also on a two-fixture losing streak, and had remained winless in 13 of their past 18 overall games. Do also note that they were winless in six of their past seven road trips.

Taking into account these observations, expect a win for Coventry, who are desperate to hold on to a playoff spot.

Tips for Coventry vs Birmingham