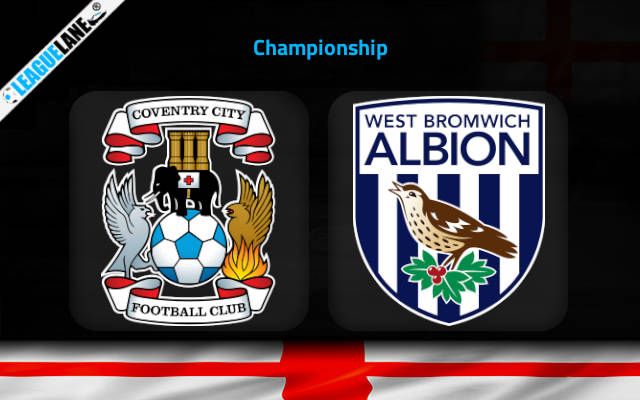 Coventry’s season has turned into chaos as they are placed at the bottom-most position in the league table. They will now host West Brom this Saturday at Coventry Building Society Arena.

The club supporters are very concerned with the team’s disastrous performance this season. If the trend continues, the chances of the manager being replaced will be very high.

On the other hand, West Brom are also struggling to win this season. It is important to understand that 75% of their games ended in a stalemate this season. They have won only a single game in the EFL Championship.

Going into this fixture, all eyes will be on Sky Blues. The manager will be facing an uncertain future if his team will end up losing this game.

It is evident that the Sky Blues are the worst-performing team in the EFL Championship this year. The team has zero wins in their last five league games.

Moreover, West Brom are unbeaten in the last five league outings. They have also managed to score 12 goals in eight matches this season.

Also, Karlan Grant has scored three goals in his last eight matches for the Baggies. Hence, the possibility is high for him to score his fourth goal of the season in this upcoming fixture.

Our prediction is that West Brom will win this game with BTTS – at 1.72 odd. This is after considering their decent form in the league.

Moreover, our second tip for this game is that Karlan Grant will score anytime – at 3.10 odd. He has scored three goals in his last eight appearances.