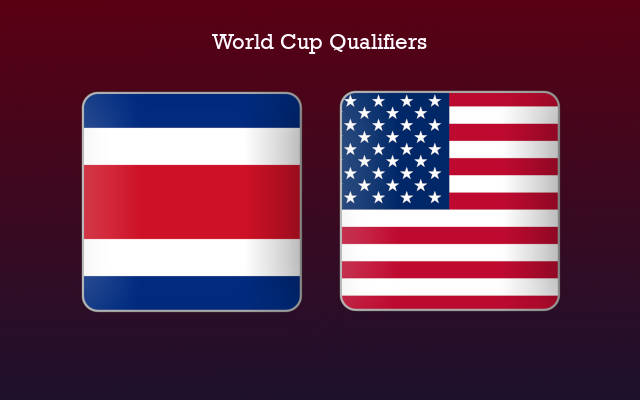 This is going to be one of the most anticipated matches in this final match-day of the CONCACAF Qualifiers. Both these teams have already made sure of at least a ticket to the inter-confederation playoffs.

The Americans are placed second in the table, while their counterparts for the day are fourth – trailing by three points. As such, even a win for the Costa Ricans will only take them level on points with the Americans, and since USA have a massive goal difference, they are under no risk.

However, the Costa Ricans could try and win this fixture, and in the process hope to overtake the goal difference of Mexico, which is manageable.

But they will have to go for a big victory though.

Both these teams have nothing to lose, and the Ricans have plenty to gain. Likely, expect a fierce encounter, and anticipate a goal-fest as well, between these two superb offenses.

Costa Rica won 1-2 on the road the last match-day, against El Salvador. They are on a three-game winning streak, and they had also won five of their past six fixtures.

They also have a perfect winning record at home in the campaign, barring a win, and a draw.

On the other hand, USA won 5-1 at home the past game week, against Panama. They had also won six of their past nine fixtures, and it also adds to their confidence that they are the reigning Gold Cup champions.

Taking into account these observations, expect a high-scoring affair this Thursday between the two squads.

Tips for Costa Rica vs USA