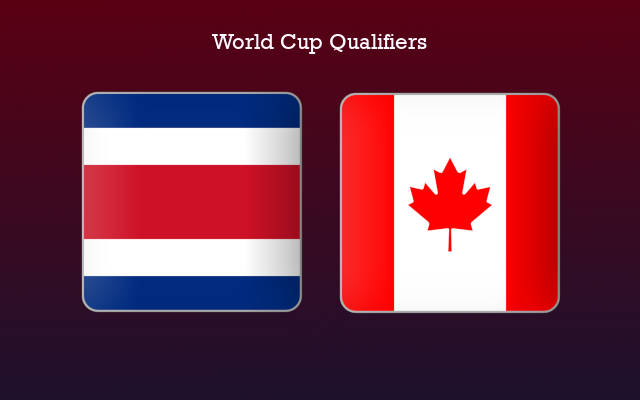 The Canadian men were faced with qualifying the hard way, slogging through the second tier of teams in North and Central America and the Caribbean to get to the 2022 WC in Qatar. After rising to number 33 in the FIFA rankings from 78, they are leading the group with 6 straight wins. Costa Rica has enjoyed playing at home recently, with the side currently unbeaten in 4 games with 3 back to back wins recently. On this Friday, they both face off at the Estadio Nacional de Costa Rica for the 12th Round of CONCACAF World Cup Qualifiers.

Canada is at top flight in the World Cup Qualifiers with 25 points from 11 games. They won 7 times while drawing on 4 and losing on none. They have scored 19 goals in total while conceding a sum of only 5 which remains the best from the group.

The visitors won their sixth straight win previously in the Group against El Salvador by 0-2. They have kept 4 clean sheets in the last 5 games, conceding only once during that period.

On the contrary, Costa Rica resides at the 5th position on the table with 16 points. Of the 11 matches played, they won and drew 4 times each while losing on 3 other occasions. They have won the last 3 games in succession at home.

The hosts, following on from their previous result, will be hoping for more of the same after a 0-1 WC Qualifiers against Jamaica. It would be fair to say that Costa Rica have not been the most exciting team to watch recently, with only three of their last 11 WC 2022 matches producing goals at both ends.

This has to be one of the most one sided rivalries in the World Cup 2022, with Canada enjoying four consecutive victories over Costa Rica as part of a 17-match unbeaten run against their near neighbors in the top flight. Therefore, we feel that an away win is likely, as the visitors has never tasted defeat on road, in this qualifiers round thus far.