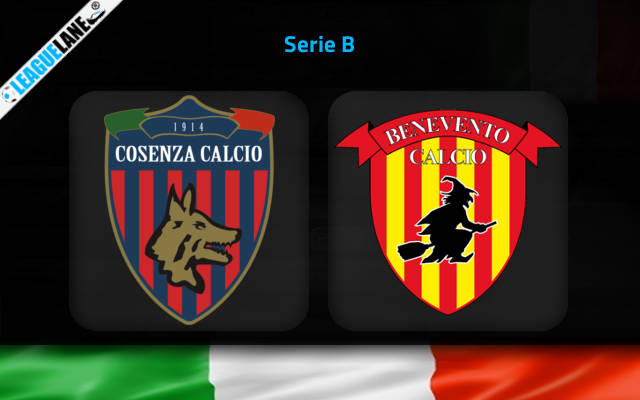 Cosenza has played poorly in their matches, resulting with the team staying in the bottom half of the league table throughout the season. The team has not had a win in the last seven matches as well. They currently stand as the first team on the relegation zone with only 25 points to their name.

Cosenza played their last match against Monza, in which scored two goals while Cosenza could score none, recording a 0-2 loss for the team.

Benevento has played well in their matches this season, placing them in the upper half of the league table throughout the season. They are on a win-streak which has lasted for over three matches. Their current form has put the team in the 4th position on the league table with 60 points from their matches.

Benevento played their last match against Vicenza, in which Benevento scored the only goal in the match while Vicenza scored none, ending the match with 1-0 FT score.

Cosenza’s poor performance in their matches puts the team at a disadvantage when they face Benevento. Cosenza has not had a win in the last seven matches. Benevento, on the other hand, is back with another unbeaten streak, which they will hope to keep. The team has also kept clean sheets in the last two consecutive matches as well.