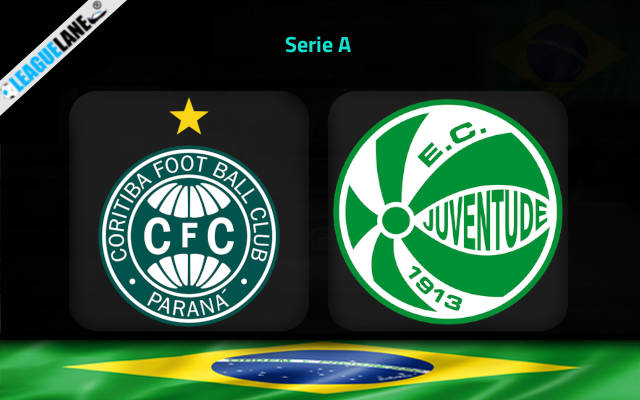 Cortiba had started their campaign on the right note, but as time progressed they fell off. They dropped a lot of points as a result and this expectedly put them under a lot of pressure.

However, it seems that they are slowly on the path of recovery and they even secured a win in their latest game. They will be eager to keep this new-found momentum going on, and since they are at home this Sunday, they will be determined to make this game count.

Things also seem favorable to them as they are pitted against one of the worst teams in the league. Juventude are placed second to last in the table and they have seldom recorded wins this season in the competition.

They have won just 2 times all through the campaign and they have let in the most number of goals of all the teams in the tournament as well.

By the looks of things, it is expected that hosts Cortiba will post the 3 points on offer this weekend.

Though Cortiba have been struggling in their most recent fixtures, it needs to be noted that they were unbeaten in 25 of their past 34 overall games. In the process, they had gone on separate 4-match as well as 5-game winning streaks.

Moreover, they had also won 9 of their previous 13 appearances at home.

On the other hand, Juventude are on a 6-game winless run and 5 of these were loses. Do also note that they had let in 2 or more goals in 5 of these matches.

Taking into account these observations, expect a victory for Cortiba this weekend.

Tips for Coritiba vs Juventude