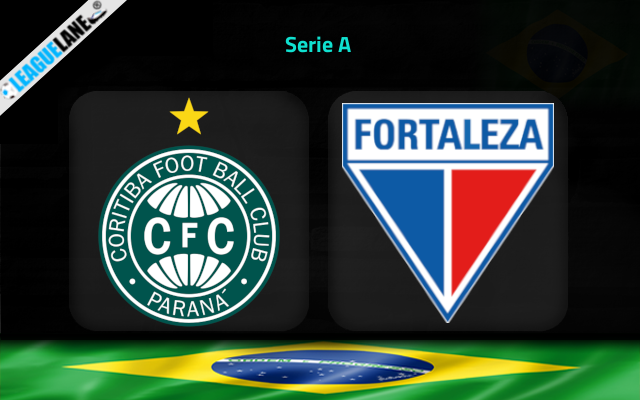 Coritiba had an average start to this season. They recorded the same further and currently follows an inconsistent form. Their current form resulted in the positioning on the table outside the safe zone. With the aid of home advantage in the upcoming fixture, they will be hoping to record a positive outcome.

Coritiba recorded a 3-0 defeat on road against Internacional in their most recent league fixture. It was their sixth consecutive winless recording in the league. They will be hoping to better themselves by gaining some positive consistency further.

Meanwhile, Fortaleza had a dreadful start to this season. They maintained it further and their consistency in remaining winless pushed them down to occupy the rock bottom spot of the table. Their current state is pathetic and its time to find some momentum if they seeks a better run.

Fortaleza recorded a 3-2 defeat against Atletico-MG on road in their most recent league fixture suddenly after sealing their second win this season. The desperation of recording some positive outcomes would be their spirits. Their offensive and defensive line-up is also displeasing.

The home form of Coritiba is inconsistent. They have been recording every outcomes without any order at home of late. Two of the past five were positive outcomes for them. Their wins in the past five is the total number of wins Fortaleza sealed this season so far.

On the other side, Fortaleza have lost four of their past five on road league outings. They have leaked goals at a good rate too. On top of that, they have not won a single game against Coritiba while playing away.

Hence, we back Coritiba to seal a win from this Serie A fixture when they both meet on Sunday.