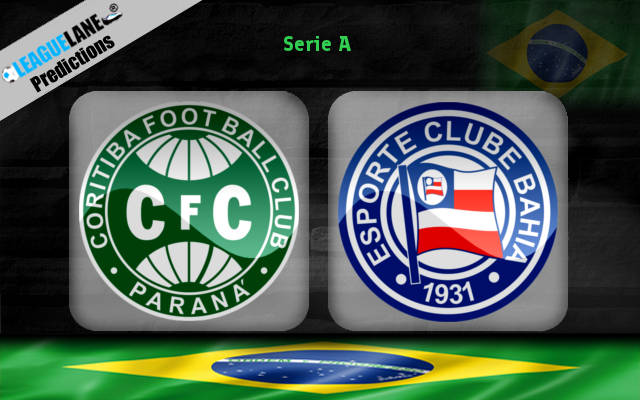 The 2-2 draw on the road against Internacional in the Serie A last time out was their second consecutive unbeaten game after the double loss earlier in the schedule. The host has won only 5 of their 20 league appearances so far this season, picking up just 20 points in the table.

Bahia has moved up the table to the ninth spot with 25 points in their hand from 20 clashes so far this season. The guest is on a two-game winning streak in the campaign and has lost only one of the last five fixtures. They will visit on the back of a 2-1 win at home against Fortaleza in the last league clash.

The recent two unbeaten games in the campaign will improve the morale of Coritiba players ahead of their match with Bahia in the schedule. The host enjoys the ground advantage in the game and with their unbeaten streak, the promoted side does stand a chance to trouble the opponent’s defense in the fixture.

Bahia is on a winning streak but they will be held back by their poor away form in the league. They are winless in the last four outings across all major contests with three losses in it. As such, the visitor is not likely to make problems for the home team in ninety minutes.

The tip for over 1.5 goals will probably be a suitable option for the punters, as we can expect a couple of goals in the clash. Besides, the double chance favoring Coritiba will probably be the best bet to yield decent returns regarding their home ground advantage in the encounter.