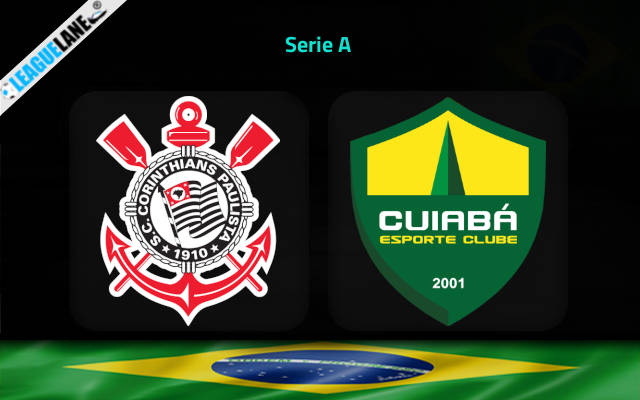 Corinthians are one of the best teams in the Brazilian top flgiht, and especially so at home, they have built a virtual fortress. It has been near impossible to take on the team at the Neo Quimica Arena.

Meanwhile, Cuiaba are a newly-promoted team from the Serie B, and on top of that, they are also going through a poor run on the road. By the looks of things, expect a win for the former this Sunday.

Corinthians are on an impressive five-fixture winning streak at home, and had scored a total of eight goals in the process. Do also note that they had kept clean sheets in their last three appearances at this ground.

Going on, they were unbeaten in 14 of their overall 17 match-ups, and one of their only three losses during this stretch had come against current toppers Atletico MG.

On the other hand, Cuiaba had lost 1-0 on the road the past game week, against Ceara. They were also winless in ten of their past twelve overall fixtures, and had failed to score in four of their preceding six games.

Moreover, they are on a five-match winless run on the road, and are also on a two-game losing streak away from home. Do also note that they had failed to find the back of the net in five of their past nine road trips.

In fact, they have a total of three wins on the road in the past six-month period.

Taking into account these observations, as well as the fact that Cuiaba are a newly-promoted team, expect a compelling win for the experienced Corinthians.