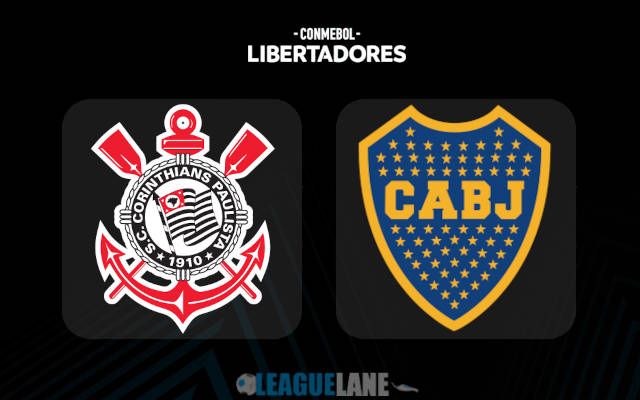 Both these teams are considered to be amongst the best in their respective leagues and as expected they both are on good streaks of performances as well. Now they have made it till this stage of the Libertadores and they will give just about anything to progress to the upcoming round.

Corinthians had made it till the semi-finals of the Paulista and though they were eliminated in that round, they have gained some much-needed confidence for their upcoming challenges.

Moreover, they are at home and here they have managed to be one of the most dangerous offenses in the Brazilian top flight this year.

Meanwhile Boca juniors have had to witness their archrivals River Plate secure the top-most spot in the league this time around and they will be desperate to give a counter for that. They will be eager to keep their momentum going on and to make a deep run in the Libertadores.

As these two in-form and talented sides take on each other this Wednesday, anticipate goals to come from either end of the pitch.

Corinthians were unbeaten in 16 of their past 17 overall fixtures, and it also needs to be noted that they are on a 17-game unbeaten run at home. Do also note that they had scored 2 or more goals in 2 of their past 4 home fixtures.

On the other hand, Boca Juniors had won 11 of their last 14 overall games, and they had won 4 of their last 5 road trips too. Do also note that they have lost just thrice on the road since November of 2021.

Considering these observations, expect a high-scoring thriller this Wednesday between the two squads.

Tips for Corinthians vs Boca Juniors