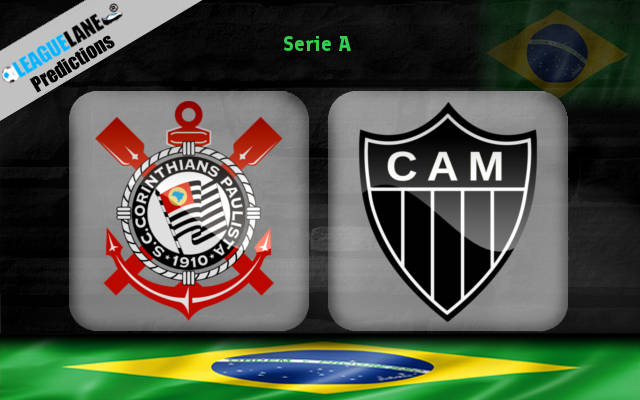 On basis of recent form, Atletico MG are the best team in the Brazilian top flight, along with Palmeiras. Meanwhile, Corinthians have won just thrice all through this campaign, and are on a long, struggling stretch at the moment.

All three wins that Corinthians have posted so far have come against teams currently placed 16th or below in the table. Note that they have also scored a total of just eight goals from their total 11 games till now.

In the meantime, Atletico are on a four-game winning streak, and they have lost just thrice so far this campaign. Note that they also have conceded the second-fewest number of goals till now.

Furthermore, they also have a great h2h record against this foe over the years.
Likely, expect a win for Atletico this weekend.

Corinthians were winless in eight of their last ten overall matches, and they have won just once at home in their former six appearances. Note that they had also lost three of their preceding six home games.

On the other hand, their counterparts are on a five-match unbeaten streak, and four of these were wins. Importantly, they were also invincible in 23 of their past 26 overall games.

Moreover, they had also won nine of their former thirteen away fixtures.

Taking into account these stats, as well as the h2h superiority of Atletico, expect a win for them this Saturday at the Neo Quimica Arena.