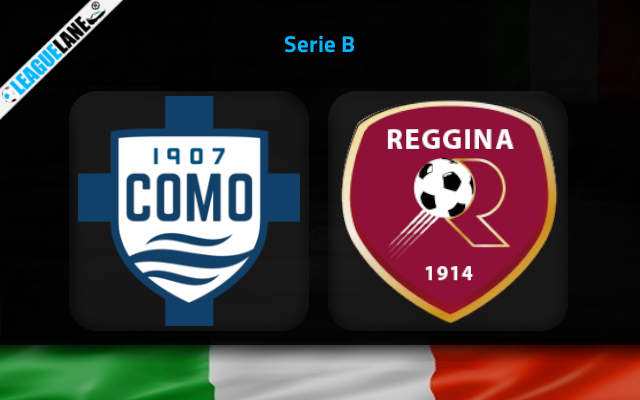 Como vs Reggina Predictions and Free Tips from our expert tipsters when the teams go head-to-head in the Italy Serie B on Sunday, 11 December 2022.

Como will be looking for an improved result here following the 0-0 Serie B draw last time out to Palermo. Although they are on a five-fixture unbeaten streak, the past four outings were draws.

After being beaten in their last game by Frosinone in Serie B, Reggina and their travelling fans will hope for a better result here. They are still in possession of the second spot despite of conceding a defeat.

Coming into this fixture, Como have not won at home against Reggina. The latest encounter at this venue had finished in a 1-1 draw.

Who will win the match between Como vs Reggina?

Como will head into this fixture being unbeaten in the last five games at home. They won three of those five fixtures. However, all three of those wins were against teams current;y outside the safe zone spot in the table.

On the other side, Reggina will come into this fixtures following a two-fixture winning streak on the road. They have managed to seal a win against teams sitting in the safe zone spot. Therefore, expect a victory for Reggina.

We expect this match to have over 2.5 goals ft since the attacking side of both these teams have scored goals consistently in their recent outings.

On top of that, more than 60% of the h2h meetings between these two saw goals over 2.5 ft.

Neither of them owns a defense which have failed to prevent their opposition from scoring in the past many games. Therefore, expect goals from both ends of Stadio Giuseppe Sinigaglia on Saturday.

Taking into account these observations, we are expecting a victory for the visiting side Reggina at 2.20 odds.

All the six head to head matches between these two sides had goals from both ends. We therefore back both teams to score bet as the second tip at 1.75 odds.