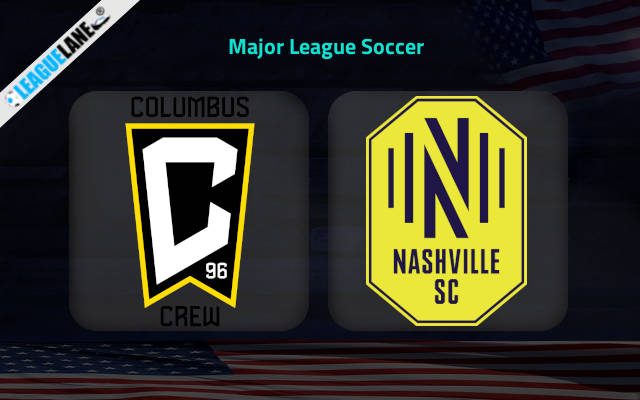 Columbus Crew and Nashville are set to lock horns in one of the most exciting mid-week fixtures in MLS.

With only two points separating the two sides in the top half of the Eastern Conference standings, we can call this a genuine derby of the Matchday in the top flight of American football.

Both outfits will come into the game on a high, following five displays in the weekend’s wins over New York City and Chicago Fire respectively.

The “Man of the Match” award, however, went to goalkeeper Eloy Room who made some spectacular saves to help the Crew keep their hardly-earned lead on the occasion.

Crew SC generally have the best defensive record on the East and the second best overall, namely courtesy of Eloy Room.

Nashville, on the other side, enjoyed a historical weekend. They celebrated the largest victory in their history in the 5-1 thumping of Chicago Fire.

The mentioned win has also seen the fastest hat-trick in MLS history as Hany Mukhtar bagged three goals within the opening 16 minutes of the affair on Saturday night.

The Tennessee side will enter this game having lost just 1 of 13 league outings this term (the fewest in the league).

Nevertheless, the visitors (who are winless on the road ahead of the fourth game away from home this season) are yet to record back-to-back wins this year in MLS.

This will be the replay of the last year’s Eastern Conference semifinals. Back then (in November last year), Pedro Santos and Gyasi Zardes notched late goals in a 2-0 extra-time win for Columbus Crew.

This will only be the third head to head meeting between the two outfits.

Can Nashville finally score against the Crew?

Nashville boast the second-best attacking record on the East, but we are not too much confident about their chances at Lower.com Field on Wednesday evening. Nashville played only three away games this season and they are yet to celebrate a victory on the road.

Looking at Columbus’ home record and the scores from two H2H games from the last season, we just have to take the 2.37 odds offered for the home win pick here.