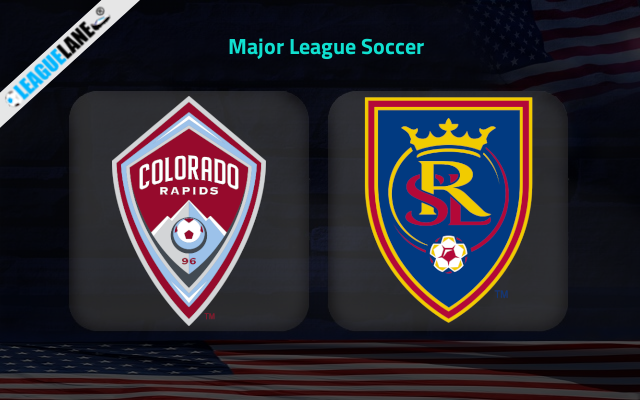 Colorado Rapids have gained some momentum after their opening match defeat against Los Angeles. They are having a decent form at present and it shows no dip except for a draw they have recorded in their most recent fixture. However, they will be hoping to record more of their current satisfying run and with home advantage, they have chances too.

Colorado Rapids recorded a 1-1 draw against Houston Dynamo on road in their most recent league fixture to wove a thread of three subsequent unbeaten fixtures. Following that, they will be motivated to enough to enter their coming league fixture.

Meanwhile, Real Salt Lake were enjoying a strong spell of form since the beginning of this season. They were on the back of four subsequent unbeaten games in the league, out of which three displayed positive. Such a run was ended up by Sporting Kansas City by scoring one unanswered goal in their most recent league fixture on road.

Real Salt Lake will be hoping to get back to winning ways when they meet the hosting Colorado Rapids at Dick’s Sporting Goods Park on Sunday in an MLS fixture.

Colorado Rapids are having an impressive form at home of late. Looking at their past many fixtures, including the previous season recordings, we can see them losing only twice. That’s really impressive.

On the other side, Real Salt Lake started off the on road matches with inconsistent results recording all three possible results in their three fixtures away from home. They have lost 6 of the past 12 on road fixtures and such a form will count much against this Colorado Rapids who have been unbeaten in almost every home fixtures since April 2021.

By the looks of things, we back Colorado Rapids to seal a win from this fixture.