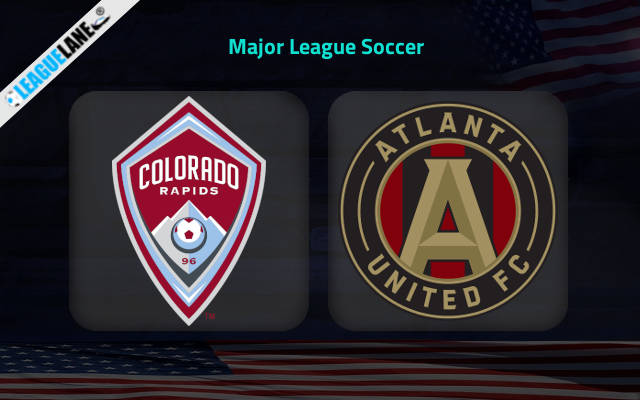 The Rapids were the best team in the Western Conference the last season, and understandably had secured the first position. They had scored goals at a consistent rate all through the campaign – and particularly at home.

However, they were eliminated in the very first game of the playoffs itself (Conference Semis), and this will surely be burning in the back of their minds. The team will be determined to make amends.

Meanwhile, Atlanta were one of the best in the East in 2021, and had made it to the First Round of the playoffs. Unluckily though, they had to bow out against eventual champions New York City.

As these two wounded squads take on each other this weekend, anticipate goals in plenty.

Colorado had won two of their past four overall fixtures, and they have lost just once at home since April of 2021- which spans a period of almost 11 months.

Do also note that they had scored a total of eight goals from their past three appearances at this venue.

On the other hand, Atlanta had just registered a 3-1 win at home against Sporting Kansas City, and their only defeat in the past eight fixtures had come against current MLS champions New York City.

Judging the offensive potential of either squad, and their performances in recent fixtures as well, expect a goal-fest this weekend.