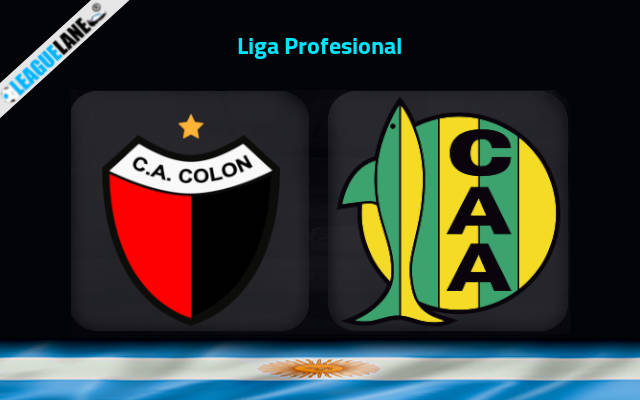 Matchday 8 of Liga Profesional is set for this weekend as Colon play host to the rock-bottomed Aldosivi where both these sides differ by 5 points but are separated by 10 places. These two teams will be seen clashing at Estadio Brigadier General Estanislao López, this Tuesday.

Colon is at the 17th spot on the standing with 9 points from 8 games. They won twice in the league while drew and lost 3 times each. The home side came out of the bottom of the table due to their positive results in the last 2 fixtures and are just two points shy of the top half.

The hosts recorded their first away point since the opening day following a goal-less stalemate against Gimnasia, last Saturday. They have been quite ineffective in attack in more recent games where they totted up just 3 goals during their previous 6 outings.

On the other hand, Aldosivi resides at the rock bottom closing the 28th position on the table with a mere 4 points. Of the 8 matches played, they won and drew a game each while having lost on 6 other occasions. Their total goals to conceding ratio stands at 5:14 which is the worst in Liga Profesional, showcasing their dreadful lineup.

The visitors were narrowly beaten 0-1 by Atletico Tucuman when they met last week. Aldosivi has not able to net in 8 games this season and that accounts to 36% of the games where they have not been able to find crucial goals.

The home team has shown that they have the same attacking power as last season. Colon also remain unbeaten in 3 of the 4 home games played in this tournament.

Meanwhile, Aldosivi are on the back of 2 straight defeats in Liga Profesional. From the 4 away games played here, they lost on all of them, conceding 11 goals overall. The side also failed to score in 3 of the last 5 games coming here.

By the looks of things, expect a victory for Colon this Tuesday.