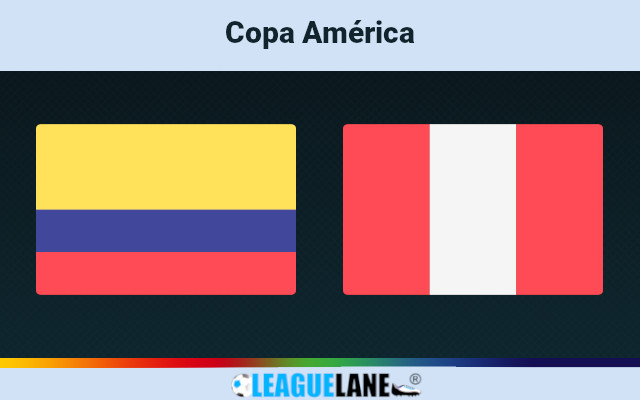 Colombia were heartbroken after losing on penalties in the semis against Argentina. They were moments away from pinning down a date to play a title-decider against defending champions Brazil, but missed out on it.

However, they could really be proud of the way they have fought till now. They had defeated Uruguay, held on against Argentina till penalty shootout, and almost beat Brazil in their group-stage match-up.

Meanwhile, Peru were taken out by their usual roadblock. They were defeated in the final of the last edition of the Copa, and this time around, they were eliminated by the Selecao in the semis.

A third-place match is really not something to be excited about, and even the players would be feeling it after a tiresome campaign. Anyhow, once the whistle blows, the teams would show fighting spirit.

Since there’s nothing much to lose, risks and mistakes are expected, and thus goals as well.

Colombia have been struggling to post wins consistently. In fact, since October of 2020, they have a total of just two wins. In the process, they have let in goals in worrying numbers, but have shown propensity to score consistently as well.

Meanwhile, Peru have recorded much more wins in comparison, and they have been scoring goals at a great rate as well. One thing to be worried about it their defense though. The team has so far let in the most number of goals in the Copa.

The important factor to be considered here is that players are worried about losing this game. They are going after a win, and if they end up losing, it’s not something to end up sleepless. After all, the prize is just a third-place finish.

So for the first time in the tournament, the teams will be playing without nerves, and they will be willing to take risks. This obviously will lead to mistakes, several chances, and in turn, goals.

Moreover, majority of h2h meetings over the years have had goals in huge numbers. It also needs to be noted that these two squads have been struggling to put forth good defensive performances lately.

As such, expect a high-scoring affair this weekend.