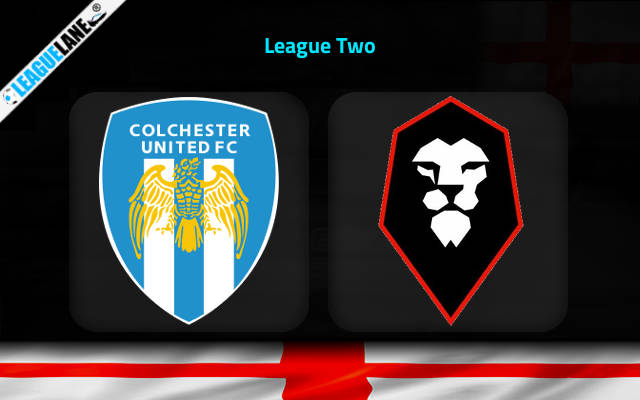 Colchester vs Salford City Predictions and Free Tips from our expert tipsters when the teams go head-to-head in League Two on Saturday, 17 December 2022.

Colchester have lost more than 60% of their games this season. The team led by Matt Bloomfield are in the relegation zone. The only positive result they picked up was the 3-0 win over Doncaster last month.

Meanwhile, Salford got their ninth win of the season as they defeated Gillingham by 3-0 most recently. This win comes after their heavy 4-1 defeat against Carlisle.

The current host celebrated a 2-1 victory against this team at this stadium over a year ago. Do note that The host have lost three of their last four outings. Earlier this year they did manage to beat Salford.

Who will win the match between Colchester and Salford City?

The visitors will win this fixture considering that they won against Gillingham most recently. Moreover, Ossama Ashley will not be available for selection as he received a red card last time. This makes team selection difficult for manager Matt Bloomfield.

At the same time, the visitors have improved their away since October. Not to mention that they are on a two-game winning streak in all competitions

This fixture has been a low-scoring one since 2019. In five of the last six overall head-to-head meetings, the game ended with less than three goals combined. Therefore, we can expect the the same trend to continue.

In the last four head-to-head meetings, both teams have not scored consistently. This time as well we can expect this trend to carry on.

In four of the last six overall head-to-head meetings between these two teams, the game ended with less than 2.5 goals. Therefore, the first tip is that Under 2.5 goals will be scored – at 2.30 odd.