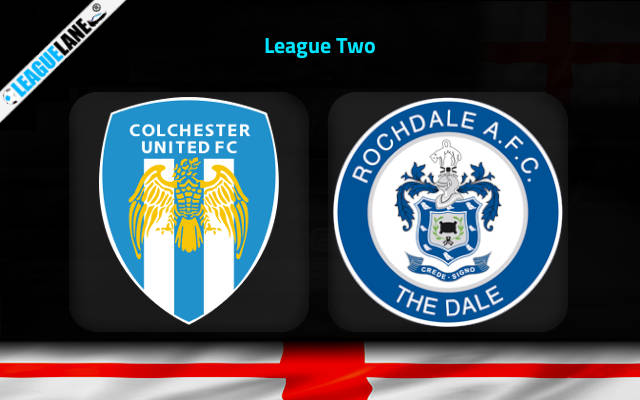 Rochdale’s season has turned into chaos as they are placed at the bottom-most position in the league table. It is surprising to find that they are yet to win a single game this season.

The team led by Bentley is on a 9-fixture winless streak this season. They have only managed to win just two points this season, out of a possible 27.

The club supporters are very concerned with the team’s disastrous performance this season. If the trend continues, the chances of them relegating will be very high.

On the other hand, Colchester are also struggling to win this season. It is important to understand that more than 50% of their games ended in a stalemate this season. They have won only a single game in the League Two.

Going on, the team is on a 5-fixture winless streak at the moment. On top of that, Rochdale have an upper hand in the recent history of this head to head match-up.

By the looks of things, we expect an interesting affair between the two on Saturday.

It is evident that Rochdale is the worst performing team in the English League Two this year. The team has zero wins in their last 9 league games.

Moreover, Rochdale is winless in the last 7 consecutive road trips. Do also note that they had let in a total of 15 goals in the previous 5 away fixtures.

On the other hand, Colchester were unbeaten in 5 of the past 8 home appearances and had gone on separate 2-fixture unbeaten streaks.

Thus, we expect a win for the hosts Colchester on Saturday.