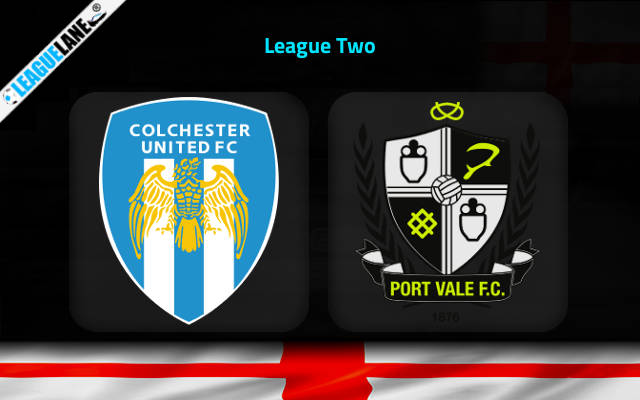 Game week 35 of League Two brings us the match between Colchester and Port Vale on Saturday at Colchester.

Colchester United played against Leyton Orient in their match. Colchester’s hope for a win was stopped with a last-minute decider from Leyton Orient, ending the match in a draw with 2-2 FT score.

Port Vale has added another draw to their tally after their last match against Harrogate Town. Both teams scored a goal each in the match, ending the game with 1-1 FT score.

Colchester’s recent matches show the team in a hiccup and have not found a win in their matches. They are winless in the last six matches, even though they have scored in most of them. The team currently sits 20th on the league table with only 33 points from their matches. The team is only two points away from the first team on the relegation zone as well.

Colchester and Port Vale have performed similarly in their matches. Most of their recent matches have ended in draws. They look to end their matches in draws rather than ending in a win or draw. Colchester has won in only two of the last ten matches while Port Vale has secured three wins.

Even Colchester’s home matches show a steady number of draws. From the last five matches, four of them have ended in draws. Port Vale shows similar performance, with four draws from their five recent matches.

So, I believe the match will end in a draw with both teams contributing to the scoreboard.