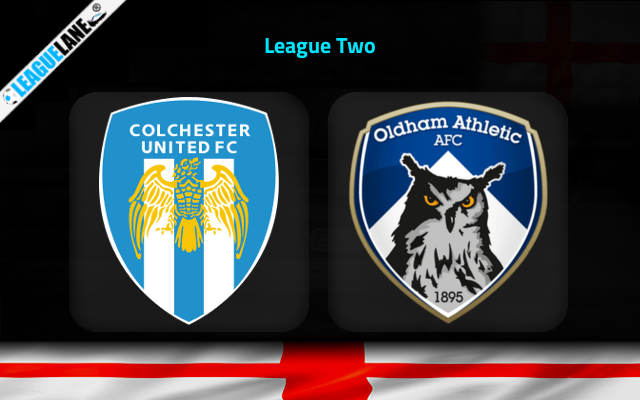 Neither Colchester nor Oldham are enjoying a consistent form in the league since the beginning. Both these outfits will meet each other in the 34th Round of League Two games at Colchester Community Stadium on Saturday.

Colchester sits 21st on the table with 31 points. They are three points clear from the danger zone. Things are not satisfying for them lately. They have been conceding defeat in most of their league fixtures. They will be hoping to seal a win in their next fixture as they are facing Oldham who also possess the similar form.

Colchester lost two subsequent games and are winless for the past three league fixtures. Their most recent winless game was recorded at home against Hartlepool. They lost that game conceding two goals while scoring one.

Meanwhile, Oldham are unbeaten in each of their past five league fixtures. They have been improving themselves and managed to find a spot outside the danger zone. However, they are still on the edge of the relegation picture.

They won their most recent league fixture at home against Bradford City. They scored two unanswered goals. They have managed to score in each of their past four league fixtures in fact.

By the looks of things we expect a tight encounter between these two outfits. Expect goals in plenty as both these outfits possess a weak defensive lineup.

Both these teams looks to have the similar strength when considering their overall results and recent head to head stats. Colchester are unbeaten in six of their past 10 fixtures at home across all competitions. They have been also scoring in each of their past four league home fixtures.

Knowing that the visiting side are winless in 12 of their past 15 on road games in all competitions, we expect a win for the hosts. We are backing both teams to score option considering the defenses of both.