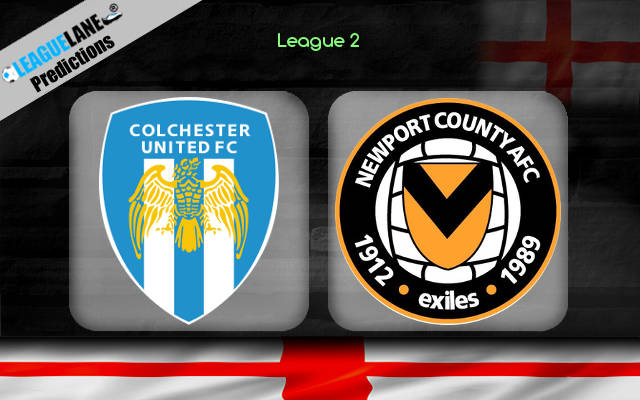 Newport are trying their level best to break into the top-seven of the table, which would make them eligible for an appearance in the playoffs at the end of the season.

Meanwhile, Colchester have a game in hand, and they are desperate to make it count – especially since they are stuck in the bottom tier of the standings as of now.

Likely, expect a competitive match-up this Friday between the two, and expect goals from either side of the pitch as well.

Colchester were winless in 22 of their previous 28 overall fixtures, and they had even lost six of their former eleven matches. Do also note that they have a total of four wins at home since the first week of May.

On the other hand, Newport were winless in four of their preceding five games, and they have won just twice on the road in the past three-month period.

Considering these observations, expect the desperate teams to play out a high-scoring thriller this weekend.

Tips for Colchester vs Newport