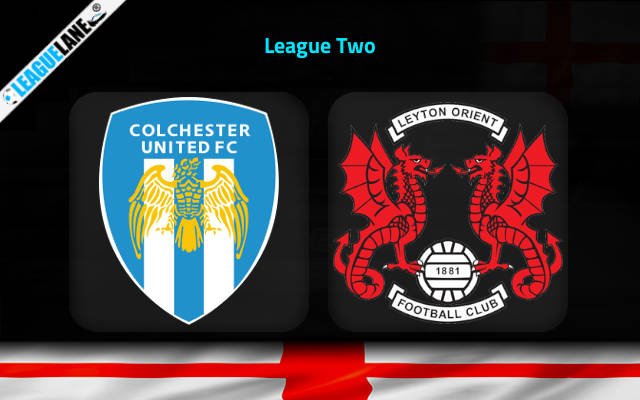 With 9 points in the difference, Leyton Orient is at the top half just a spot away from landing into the zone of League Two play offs. Colchester is at the bottom half having not seen a victory in past 3 schedules, hopes to turn the tables as they invite the guests to Colchester Community Stadium this weekend. The guests are also seeking a win after a tiring back to back losses in the league.

The U’s reside at the 20th position on the table with only 20 points. They won on 5 games while drawing on 7 and losing on 8 other occasions. Their total goals to conceding ratio stands at 16:25 by getting involved in 22 league matches.

Colchester United have been scored against in 5 of their previous 6 clashes, giving up 7 goals on the way. After back to back draws against Newport and Bradford City, they got defeated in the last league fixture against Walsall by 3-0.

The Orient is at the 9th spot on the standing with 31 points from 22 games. They won 7 times in the league while drawing on 10 and losing on 5 other occasions. They have scored 37 in total while conceding a sum of 21 so far.

The current form of Leyton Orient shows that they have been scored against in 5 of their last 6 matches, with opponents netting 6 goals in all while bottling up a tally of 10. They got defeated in the previous 2 league fixtures against Crawley by 1-2 and Tranmere by 0-1.

Previous matches between the two has averaged 2.68 goals while BTTS has happened 58% of the time. The visitors however, has not registered a win against the hosts in away games for the last 2 league matches.

Colchester United is in poor home form while Leyton are performing average at away fixtures. A narrow win for the guests are likely to happen at Colchester Community Stadium since hosts have only won 2 out of the last 10 home games this season.