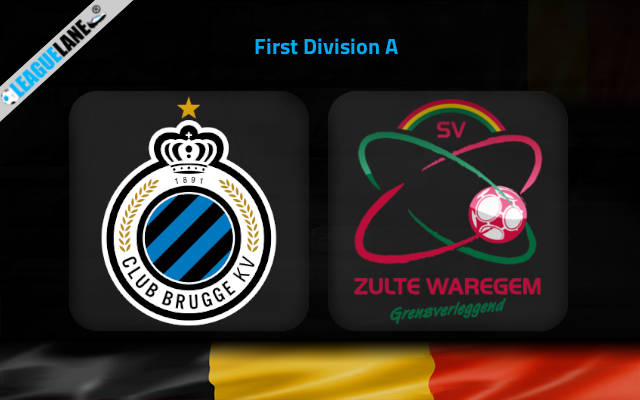 They had finished 16th in a table of 18 and were the last safe team in the standings. They were able to deliver a total of just 8 wins and all along they had let in goals in huge numbers.

They have continued this dismal form even into this new campaign and are still struggling with their defense.

Meanwhile Club Brugge seems to have picked up things from where they left off in the previous season. They had finished second in the table and disregarding the toppers they had scored the most number of goals in the competition as well as had let in the least.

It also deserves to be mentioned that they were the team that lost the fewest number of fixtures in the whole of the tournament.

Judging these observations as well as the head-to-head domination of Club Brugge, expect a victory for them this Friday.

Club Brugge were unbeaten in 18 of their past 20 overall fixtures, and in the process, they had gone on a seven-game winning streak, as well as two separate three-match winning streaks.

Moreover, they were also unbeaten in 18 of their past 21 appearances at home.

On the other hand, Waregem were winless in 4 of their past 6 overall games and they are on a 2-fixture losing streak on the road. Most importantly they have a poor head-to-head record against this opponent over the years as well.

Taking into account these observations, expect a victory for the hosts Club Brugge.