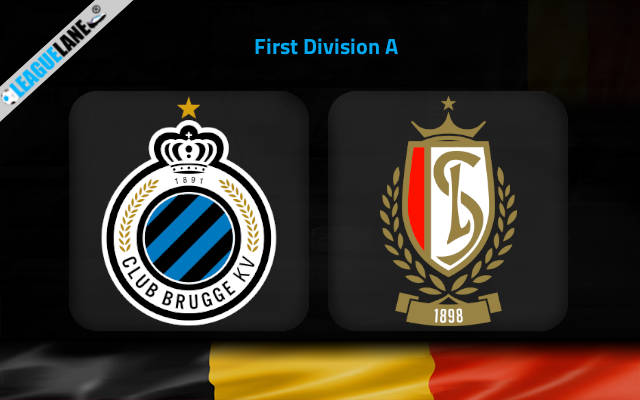 Club Brugge come into this game as favourites and are in 2nd place with 26 points and just 2 points behind current leaders Royale Union.

In midweek it was a disaster for Club Brugge as they lost 4-1 at Manchester City in the Champions League and were outclassed, so now all thoughts will focus back onto their domestic league campaign.

Last weekend they were able to beat St. Truiden 2-1 away from home. Their last home game finished in a 2-0 win over Kortrijk and at home they are undefeated with 3 wins and 3 draws.

Standard Liege have been struggling so far this season and enter this game down in 13th position. With 16 points they are 10 points behind their hosts and their last game finished in a 1-1 draw with Kortrijk. Indeed Standard has drawn their last 3 games in a row.

Standard Liege are a good 7 points clear of the relegation zone but at the same time are really off the pace for a finish in a European place this season, time is on their side and they will need to remember how to win games again as it has been 2 months since they tasted victory in the league.

Club Brugge are the big favourites here and are around 1/3 to win the game. Our choice will be to see the home side winning this match at half time which will also reel in the price and make it more acceptable.

It would be no surprise if Standard Liege were to lose this game but they can be a tough team to break down and the home side will really have to work for this win.

But we expect Club Brugge will make life difficult for the away team and overpower them in a game that should be one sided, plus they will want to bounce back from their defeat at Manchester City in midweek.