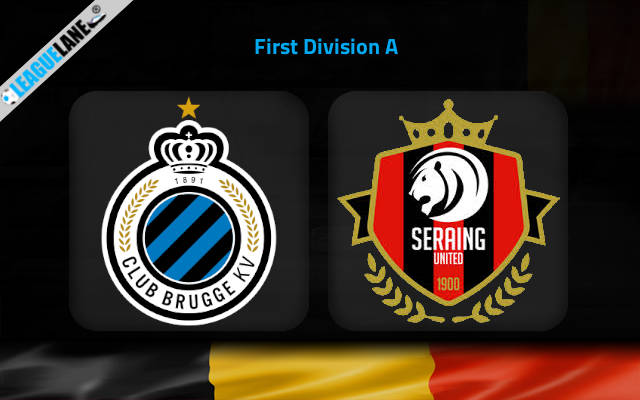 The defending champions are in the zone for Championship Group while the visitors are long down on the table with only 2 spots away from the relegation zone. With 2 consecutive wins, Seraing and their travelling fans en-route to Jan Breydel Stadion this Saturday hoping for a third back to back victory.

The visitors are at the 14th spot on the table with 19 points from 16 matches. They won 6 games while drawing on 1 occasion. They have the second highest number of losses on the table in at 9.

Jordi Condom’s Seraing have found the back of the net a total of 9 times, giving them goals per game average of 1.5 from the past 6 matches. They won the last 2 matches against St. Truiden by 2-0 and against Leuven by 3-1.

The home team sits at the 3rd spot on the table with 30 points in hand. From the 16 matches they played, they won 8 and drew 6. The number of matches they lost, stands at number 2. In defense, they certainly need to improve as the number of goals to conceding ratio is at 29:21.

Club Brugge won the previous match against Genk by 3-2. They have been scored against in 6 of their previous 6 matches, leaking 16 goals during that time. They rarely keep clean sheet.

The hosts have a decent home record while the visitors are struggling at away fixtures. Both the teams won 2 out of past 5 matches in the league, but Seraing have 2 losses while the defending champions lost only 1.

We foresee a home win this Saturday although the probability of BTTS happening cannot be ignored. A win for the away team is highly unlikely.