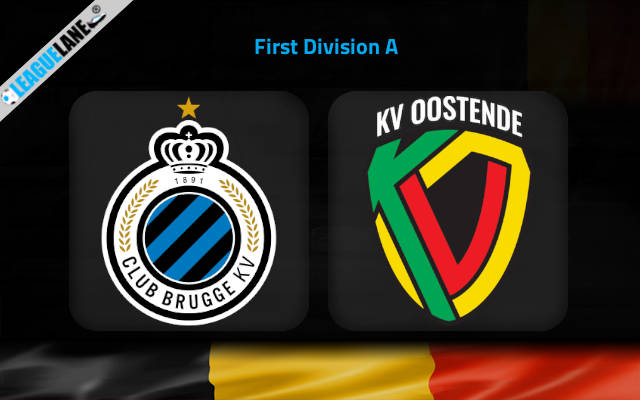 FCB suffered a humiliating 1-6 defeat to Gent at the verge of international break and this spoiled a just perfect start to the 2021/22 season.

Philippe Clement’s men were unbeaten in five games till then with 3 wins and 2 draws. However they need to improve the home record, especially against lower teams in the table.

The three home games so far saw a win and 2 draws and all of these came against teams way below their standard.

Oostende on the other hand have been a tad bit adventurous at the start of new season and this helped them to some extent and they sit at 8th on the log with 3 wins and 3 draws.

One of the highlights is their 4-3 away win at Genk and that single game produced half of the goal they scored so far. Meantime, they also scored 3 against newly promoted Searing, while managing just 1 goal in the remaining 4.

Oostende have shown at times that they can pack a punch, but they were largely inconsistent most of the times.

Bruges are coming to this match in desperate search of a win after what happened at Genk in August.

We believe home win is a banker with goals expected at either end.