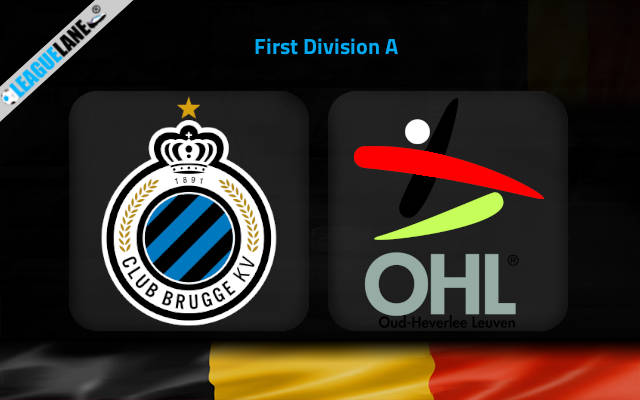 Club Bruges will be looking to bounce back from a shocking 1-4 home loss to Sint-Truiden in mid-week’s cup clash at Jan Breydelstaion.

They play host to top-half rivals OH Leuven on Monday afternoon, aiming to stay in contention for the top positions in the Belgian First Division A standings.

While Club Bruges enjoyed an extraordinary UEFA Champions League campaign against some of European heavyweights like Atletico Madrid or Porto, they have been struggling badly to translate that form into the domestic league.

Carl Hoefkens’ men are currently fourth in the league table with as many as 16 points between them and leaders Genk.

Hoefkens will have a mountain to climb to take his team to the title defense quest in the second half of the campaign. The performance in a cup affair against Sint-Truiden five days ago did not help at all.

Luckily for Hoefkens and his men, OH Leuven did not shine in their recent cup match either. Leuven were brutally outplayed by the likes of Kortrijk (who sit second from bottom in the league standings after 17 rounds) last Tuesday.

They did nothing to threaten the rivals in the final third on the occasion, allowing them as many as nine shots on target at the opposite end.

If we count the 5-3 loss at the hands of Lyon in a mid-season friendly, Leuven shipped eight goals in the last two games.

OH Leuven did not play defense at all in the recent games and we do expect goals galore when they take on highly-motivated Club Bruges away at Jan Breydelstadion.

Club Bruges to win & Both Teams To Score is a textbook example of a proper bet for this game, while we also like the 2.10 odds offered for Club Bruges’ top scorer Ferran Jutgla to score anytime here.