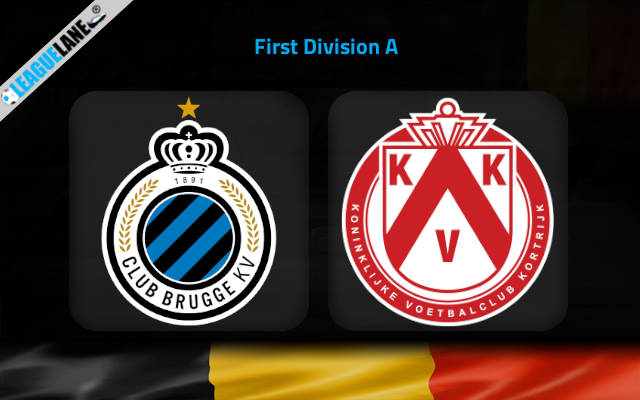 Club Brugge were having a decent for the past season. They have succeeded in claiming a spot in the coming Champions League battle. After the warm up fixtures, they entered the Jupiler League season and started off with a positive outcome.

They have recorded a defeat since then and bounced back with a couple of unbeaten outcomes later. Currently, they follows a streak of two unbeaten games which will definitely expected to extend further.

Club Brugge will play host to an inconsistent Kortrijk in a Jupiler League fixture the coming Sunday at Jan Breydel Stadion. Club Brugge seems to be bookies favourite for this one. With their decent form, we expect a pleasant display from them.

We can see Kortrijk playing a set of friendly outings since the completion of the past First Division A fixtures. They had a decent form throughout the pre season friendly run. Their offensive side also had an impressive form.

But, they failed to maintain the same here. They started off this season with a negative outcome. A clean sheet win in the second fixture made their supporters to expect a better run further then which they actually developed into disappointing.

Such recordings of Kortrijk will definitely falls short of the form Club Brugge follows at present. Their impressive improvement is seen when looking at the recent recordings.

On top of that, Club Brugge is currently having a streak of seven unbeaten games at home. Their often recording of a positive outcome displays a positive consistency they follows.

Considering all the above stats, we are expecting a win for Club Brugge when they meet this Kortrijk side the coming Sunday.