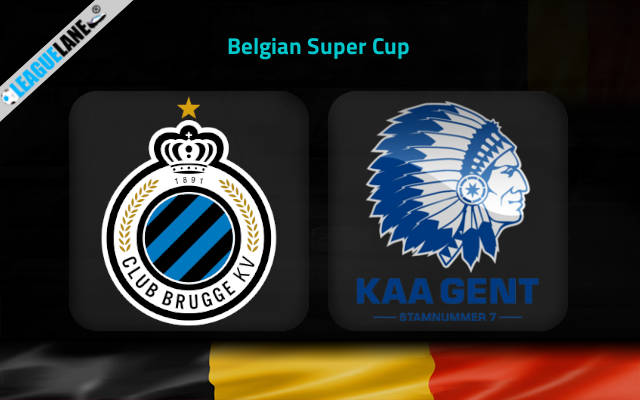 Club Brugge will play its 20th Belgian Super Cup, already having won 16 out of the 19 times prior. They have been crowned Belgian league champions 18 times, second only to major rivals Anderlecht. Even their 2021/22 league win was just by 4 points in the Championship group.

After the league win, the Belgian champions played 5 Club friendly games of which, they drew and lost one game each while having won thrice. The Blue-Black come into this encounter after a 4-2 win over Utrecht in their previous friendly fixture.

Gent and has been playing in the Belgian First Division A since the 1989/90 season. They won the National League once, in 2014, in addition to 4 Belgian Cup victories. They have been crowned as the 2021/22 Belgian Cup winners and through that win they earned a ticket to play the Super Cup.

After the Belgian cup win, Gent has played 6 Club friendly games of which, they won thrice while drew once and have lost on twice other occasions. In their previous game, they drew 2-2 with Beveren in a friendly fixture.

These two teams have met 25 times in the last several seasons and Club Brugge have won 12 matches while KAA Gent won 11, so both these sides come here as strong contenders for this one.

Their prior meetings have averaged 2.6 goals while 36% of the games have seen scoring from both sides.

We however feel that a home win is up for cards this Sunday as Blue-Blacks had won this title 16 times and has more experience here.