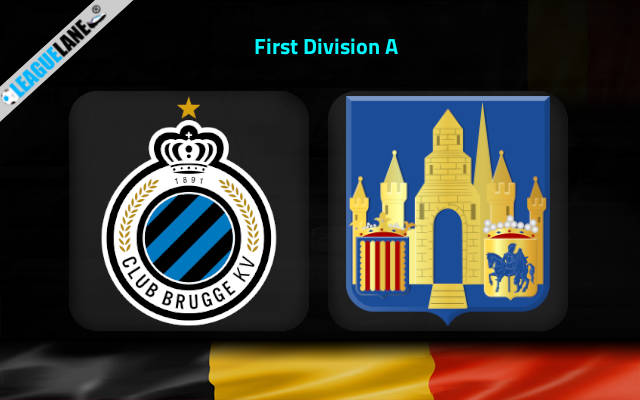 Both Club Bruges and Westerlo won their most recent match in the league. They will now go head-to-head at Jan Breydel Stadion for Matchday 11.

The host are in decent form this season. They are in the third position on the table. Most recently, they defeated Mechelen by 3-0.

In that game, three different players found the back of the net. Moreover, the team managed to register eleven shots on target. This win was very crucial for Carl Hoefkens’s side as they lost the previous game by 3-0.

On the other hand, the visitors are making decent progress. The team is currently on a three-game winning streak. In their last league outing, they defeated Zulte Waregem by 2-0.

In that match, Nacer Chadli and Lyle Foster were the two goal scorers. Following this result, the team is at the seventh position on the table.

Spectators can expect a tightly contested match as both teams are in great form.

The visitors have conceded eighteen goals this season. Moreover, they have won their last three matches by a two-goal margin.

The host are full of confidence as they have a decent winning record so far this season. They have won 70% of their matches.

Do note that the host are averaging 2.20 goals per game this season. Even the current league leaders have the same rate.

Our first prediction is that Club Bruges will win this game by 3-0 – at 15.00 odd. This is after considering the visitors are yet to win a single game against this side since 1999 at Jan Breydel Stadion. Moreover, the host have won the last five consecutive matches by scoring at least three goals.

Moreover, our next tip for this game is that Club Bruges will keep a clean sheet – at 3.00 odd. In the last four consecutive head-to-head matches, the host have kept a clean sheet.