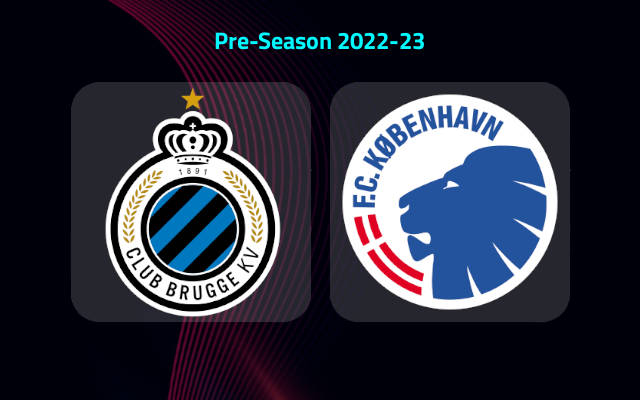 Both these teams are going through impressive stretches of performances at the moment and are finding the back of the net in huge numbers.

Club Bruges are the reigning Belgian champions and they secured this feat in the playoffs after having finished second during the regular season.

They had scored total of 72 goals from their 34 regular season league games and it seems that they have carried on with this goal-scoring form even into the off-season.

They will be eager and determined to keep this trend going on, in hopes of repeating their heroics in this upcoming season as well.

Meanwhile Copenhagen are the current Danish champions and they have delivered a dominant run all through this stretch. They had lost just twice all through the regular season campaign and they had scored a total of 56 goals from their 32 games, including the post-season.

Going on goals have also come in plenty whenever these two teams have locked horns in the past.

For these reasons, expect a high-scoring affair this weekend between the two teams.

Club Bruges are on a 15-fixture unbeaten run and in the process, they had even gone on a 7-game winning streak. Do also note that they had won 6 of their past 8 appearances at home.

On the other hand, Copenhagen had won 4 of their last 5 overall fixtures and they had even scored 7 goals in their latest game. Moreover, they were also unbeaten in 14 of their past 15 road trips.

Taking into account these observations as well as previous head-to-head scorecards, expect a goal-fest this weekend.